Some of the top creators on YouTube are earning thousands and thousands of dollars every month. Today, in this article, we are going to look the top 12 highest paid YouTuber from India. 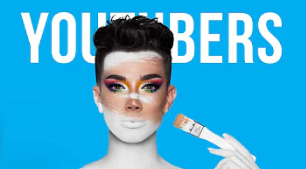 YouTube is the second largest search engine platform after Google. If you want to consume content, you can visit YouTube.com and find solutions any of your query. But on the other hand, if you are a creator and want to share information with others, or want to entertain people with the talent you possess; you can join YouTube as a creator.

The statistics produced here in under are collected from various sources, likewise YouTube, Google and Social Blade. So, let’s begin with the article, we’ll start with number 12 and will move towards the number 01, step by step.

Nishamadhulika makes vegetarian Indian recipes that are easy to cook and good to eat. If you are a food lover, do visit her channel and you will find videos with delicious recipes. She also had a website: www.nishamadhulika.com, where you can join with other food lovers.

Nisha Madhulika is an Indian chef, Youtuber and restaurant consultant from Uttar Pradesh, born on 25th of August 1959. She also has food columns on several news websites where she contributes to Indian Express, Amar Ujala, Times of India and Dainik Bhaskar. She is specialized mainly in an Indian cuisine.

Amit Bhadana is from Faridabad, Haryana. He is a very popular name amongst his followers, especially who belong to the lower middle class and rural areas. He normally covers the real-life scenarios in his videos in a light manner with a comic element.

His channel is full of entertainment, having fun and his content is quite clean and you can watch any of his video with the family. Trying to make people smile with his clean content; I must say that “A channel that everyone must subscribe”.

Sandeep Maheshwari is a name among millions who are struggling with their lives, feel failed, people who are looking ahead in search of success, happiness and contentment.

Just like any middle class guy, he too had a bunch of unclear dreams and a blurred vision of his goals in life. All he had was an undying learning attitude to hold on to.

Rowing through ups and downs, it was time that taught him the true meaning of his life. Now, he is teaching people how you can be optimistic in every situation of your life.

The Channel is lead by Sanam Puri.

Sanam is an Indian pop rock band formed in 2010 and currently based in Mumbai, India.

This channel is popular among the people who lives different parts of India, Pakistan, the United States of America, and the United Kingdom.

Some of the major achievement of Sanam Puri’s band are as below:

Winners of Times Music Superstars in 2010 as SQS Project.

Awarded “Digital Icons of the year” 2018 by Talent Track Awards.

Dr. Vivek Bindra is a renowned International motivational speaker and leadership trainer. He has around 1,500 clients spread across 25 countries. He is a founder and CEO of Bada Business Pvt. Ltd.

He also working towards empowering Indian businesses by sharing management solutions extracted from Shrimad Bhagwad Gita. He is the winner of best leadership trainer award by Dr. Marshal Goldsmith at World HRD Congress 2016.  He was conferred with the Honorary Ph.D. degree, Doctorate of Philosophy from OIUM University of Colombo.

Some of his achievements are as below:

The next channel is Technical Guruji, run by Gaurav Chaudhary.

With this channel, you can learn different things that have to do with technology with ease.

Though, the creator of this channel, Mr. Gaurav Chaudhary lives in Dubai (but he is an Indian). His videos are most popular among the teenager, though his subscribers are not only from India, but his videos are widely watched by the people resides in countries like Pakistan, United States of America, United Kingdom, and Bangladesh, UAE, etc.

As per the creator, the motive of this channel is to make easy to understand, Tech Videos in Hindi, and want each and every individual whoever is interested in technology to be able to understand it in the easiest possible way.

You won’t believe, but he post two videos daily, on topics that cover latest technology and tech news.

Carryminati – He (Ajey Nagar) is an Indian comedian, gamer, rapper.

This channel has started in 2010 by Ajey Nagar from Faridabad, Haryana, with the name “Stealth Fearzz”, where he has published videos on football and more about it.

Later on, channel starts to upload videos of comedy for some time now.

Get on a laughter ride with these YouTubers that can bring a drastic change to your grumpy face.

The channel is about Bhuvneshwar Bam (Popularly known as Bhuvan Bam) from Delhi. His video are based some of his funny instances happening around him & his family. The channel is all about one man show, creator plays 3-4 role in a single video.

BB Ki Vines will make you smile in every of their video. Bhuvan Bam is a comedian, singer, and a songwriter.

He already endorsed with lots of popular brands of the country, like Myntra, Lenskart etc.

How to convert traffic into money is the next level of skill in Bhuvan Bam.

The channel is run by Rajesh Kumar who was born on 01st of April, 2000, better known online as FactTechz.

The channel creates and posts informative videos on YouTube. You will find some of the amazing videos which are based on scientific/educational and on almost every topic that is cool and useful for you.

FactTechz is the ‘first’ Indian YouTube channel to cross a million subscribers in less than 365 days.

FactTechz is the 7th Non-Corporate Indian YouTube channel to cross 10 Million subscribers in the timeline.

Here comes the top third channel in the list of highest paid YouTuber from India.

The channel “Round2hell” defines the real meaning of laughter.

The channel who comes second in the list is Emiway Bantai, who is an independent Rap Artist,

Emiway Bantai was born on 13 November 1995 in Bengaluru, Karnataka, India. He was born as Bilal Shaikh in a middle-class orthodox Muslim Family.

Later, he adopted the stage name “Emiway,” which is a combination of the names of Eminem and Lil Wayne, i.e., Emi from Eminem and Way from Wayne.

So, the top 01 channel in this list is “Ashish Chanchlani Vines”, which is run by Ashish Chanchlani, a popular Indian YouTuber, born on 8th of December 1993 in Ulhasnagar, Maharashtra, India.

You will go on a laughter ride when you subscribe this channel. One of the most famous YouTubers in India and a celebrity like an image, you will love his channel.