A fresh leak says that Realme 9i could be rebranded as Realme Narzo 9i in India.

The RAM, storage and color options of the Realme Narzo 9i have also been tipped.

Realme 9i could be rebranded as Realme Narzo 9i 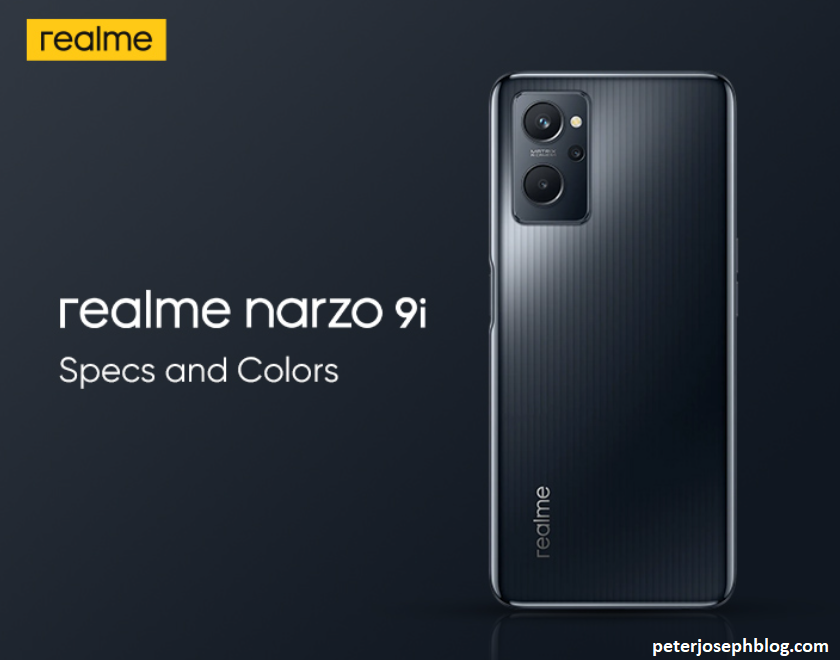 The Realme 9 Pro+ has purportedly appeared at the Camera FV-5 platform suggesting some of its camera specifications.

Realme 9i is tipped to debut early next year and is expected to come as rebranded Realme Narzo 9i in India. As per the leak, the handset will come in Prism Blue and Prism Black color options.

It may pack a 5,000mAh battery with 33W fast charging support.

Realme Narzo 9i (Other specifications)

It is also expected that the 5G variant of Realme 9 Pro+ has bagged certifications from the Bureau of Indian Standards (BIS), TKDN, and the Eurasian Economic Commission (EEC).

Another report by Gizmochina tipped camera specifications of Realme 9 Pro+. Realme 9 Pro+ phone with model number RMX3393 has been reportedly spotted on the Camera FV5 database.

This report said that the Realme 9 Pro+ sports a 16-megapixel selfie camera. On the rear, the handset is likely to sport a 50-megapixel main camera with an f/1.8 aperture.

As per the report, Realme 9i cleared NBTC certification as well. The Realme 9i handset is also reportedly spotted on the NBTC listing with the model number RMX3941.

Though the handset has appeared on US FCC and TUV Rheinland websites with the same model number, as earlier.

However, Realme is yet to announce any details of the vanilla Realme 9, Realme 9i, or Realme Narzo 9i, Realme 9 Pro, and Realme 9 Pro+/ Max which are expected to launch as part of the Realme 9 series.