Let Me Google That For You (abbreviated LMGTFY) is a single-serving site that uses Google’s search engine to create an animated sequence of a specific search query.

Similar to the abbreviation RTFM, LMGTFY is commonly used in forum discussions or comments on social networking sites as a sarcastic response to a topic that can be easily answered by utilizing a search engine.

Let me Google that for You! 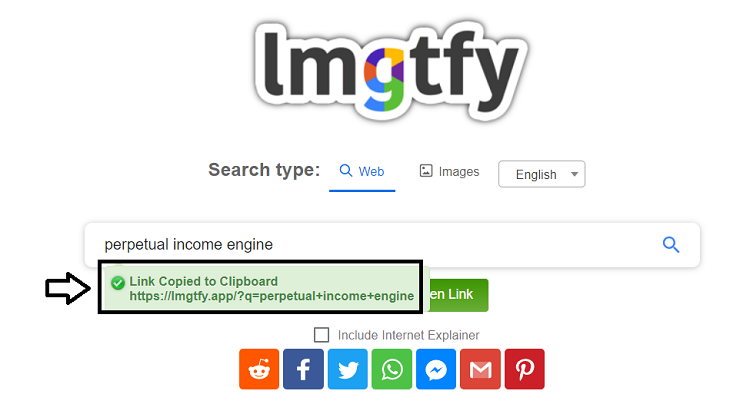 The site was created as a resource for tech-savvy individuals who are frequently approached for assistance with research. The goal is to kindly, albeit cynically, point out that the person who requested assistance could readily find the information on their own.

How this site works: Type or paste the question into the search box on the LMGTFY website.

A link to a Google search for that information is generated, which can subsequently be shared with the individual who posed the question.

A single-serving site, such as LMGTFY, is a one-page, one-purpose website with its own domain name.

Jim Garvin and Ryan Geary founded the site in 2008, and since then have launched spin-off sites such as Let Me Snopes That For You and Let Me Wikipedia That For You.

READ THIS: Google Chrome Logo updated for the first time in 8 years

On November 18th, 2008, web developer Jim Garvin and software consultant Ryan McGeary founded Let Me Google That For You.

The phrase “let me Google that for you” was used similarly on the MetaFilter MetaTalk board in January 2007 and on the Snopes message board in March 2007, while it is unclear whether the phrase prompted the establishment of LMGTFY.

LMGTFY was featured on Laughing Squid, Lifehacker, Gizmodo, and CNET the week after it launched.

Since then, the site has been addressed on other message boards, including 4chan, the Adobe Community, Quora, Wowhead, and MacRumors, which prohibited its use in May 2009.

They also give a real-time feed of the system’s search queries.

The site has a search bar that resembles the Google homepage, into which the user can type their search query.

It then gives the user who asked the inquiry a link that shows an animation of the query being typed in the box before presenting the search results (shown below).

Let Me Google That For You is now available in 56 languages, including Klingon, as of August 2013.

Help your friends with Let Me Google That For You

To help your friends, you should try “Let me Google that for you.”

Enter a search query, then hit the Google Search button to get a link that you can copy, paste, and send to a friend. When visitors click the link, an animation shows them the complicated process of searching Google for information, followed by a link to the Google search results page.

However, if the user is compelled to study the search term you chose, they may learn a trick or two about keyword syntax, search operators, literal strings, and other related topics.

After all, if you give a man a response, he’ll ask for more the next day. Teach a man to use Google, and you’ll have to provide tech assistance when he downloads malware while browsing shady adult entertainment and file-sharing websites.

READ THIS: Search Google or Type a URL

Let Me, Bing, That For You, which began in October 2009, was the first third-party parody site to imitate the search interface.

These are just a few of the spinoff sites that the creators of LMGTFY have been working on since 2012.

Since then, a slew of new third-party parody sites has popped up, including Snopes, Duck Duck Go, and Wikipedia parodies. Let Me Refresh That For You was introduced in 2013, and it allows users to refresh pages at intervals of 5 seconds to 30 minutes.