While social media sites such as Facebook have always been accessible via web browsers, apps such as Instagram have been steadily making the transition from your phone to your laptop screen.

How to use Snapchat in a Web Browser?

There is now a new social media platform that you can use across multiple platforms: Snapchat has just released Snapchat for web browser, allowing you to continue your Snap streak on your laptop.

Snapchat+ subscribers in the United States, United Kingdom, and Canada, as well as Snapchatters in Australia and New Zealand, will have access to Snapchat on their web browsers beginning July 18.

Non-subscribers will be able to access the site soon. According to CNN, the transition to the web will include previous Snapchat mobile features such as sending Snaps, Chats, or making a video call to a friend, but not features such as Maps.

In addition, the launch of Snapchat for the web will include new features such as a privacy screen.

If you want to balance email notifications with keeping your Snapstreak going with your S/O, or if you just want to watch Snaps on a bigger screen, here’s everything you need to know about Snapchat for the web.

How does Snapchat work in a Web Browser?

Snapchat for web functions similarly to Snapchat’s mobile app. Simply go to web.snapchat.com and log in with your Snapchat username and password to access all of your chats, contacts, and other information.

When you’re chatting on Desktop, your Bitmoji will appear with a small laptop to indicate that you’re not on your phone, according to TechCrunch.

You’ll be able to see all of your chats on the left side of the window, click on specific chats in the middle, and be on calls at the same time.

You will also be able to use new features such as Lenses for web-based video calls. These will work similarly to Lens filters for Snaps, but in real-time on video calls. If you tab away to answer a quick email, Snapchat for web’s Privacy Screen will be activated on your browser as well.

Why Can’t I use Snapchat on my Web Browser? 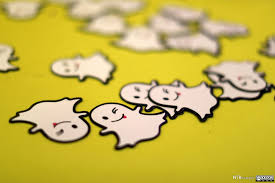 Snapchat for web will initially be available only to Snapchat+ subscribers.

These $3.99 per month subscriptions were introduced in June 2022, and they allow you to access new features such as Snapchat for Web.

According to The Verge, you can also change your app icon and see who has rewatched your story. If you don’t want to subscribe, Snapchat for web will be available more broadly soon, according to the company.