The metaverse is a concept introduced by science fiction author Neal Stephenson in his work Snow Crash. It may soon become a reality, as several huge technology companies believe it will be as big as, if not greater than, the internet. Anyone who doesn’t want to wait for individual virtual experiences to coalesce into a single gigantic globe of worlds can join platforms like Decentraland, Horizon Workrooms, or Roblox to get a glimpse of the future. 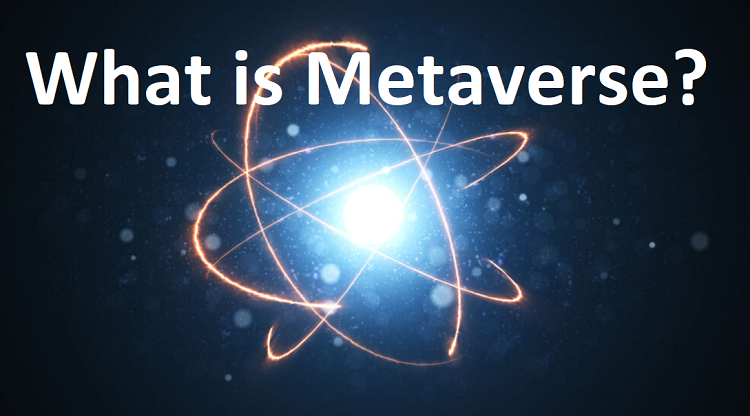 The amorphous concept that inspired the new name has been a popular topic of discussion since Facebook was renamed as Meta on October 28, 2021.

The metaverse, according to tech CEOs like Mark Zuckerberg and Satya Nadella, is the internet’s future. It might also be a video game. Maybe it’s a more obnoxious, unsettling version of Zoom? It’s difficult to say.

To some extent, debating the meaning of “the metaverse” is similar to debating the meaning of “the internet” in the 1970s. The foundations of a new mode of communication were being put in place, but no one knew what the final product would look like. While it was true at the time that “the internet” was on the way, not every vision of what it would include was accurate.

Although the concept has been present for nearly three decades, the metaverse has suddenly become a hugely topical subject.

The answer to the question “what is metaverse?” is not straightforward. This is since there is currently no metaverse and no one knows what it will be in the future.

What does Metaverse mean?

“Metaverse” is a combination of the words “meta-” and “verse.” The prefix “meta” is of Greek origin and means “beyond,” while “verse” is derived from the term “universe.”

Neal Stephenson’s dystopian novel Snow Crash, published in 1992, was the first to employ it in fiction. The metaverse is depicted in the novel as the next step in the evolution of the internet — a form of virtual reality in which any virtual contact can have a direct impact on the real world.

On October 28, 2021, Facebook announced that it had renamed Meta Platforms Inc., or Meta for short, a name it deliberately chose to capitalize on what will undoubtedly be the inevitable future of human connectivity and, possibly, of life itself.

“A sense of presence — as if you’re right there with another person or in another place — will be the defining trait of the metaverse.” The ultimate goal of social technology is to feel fully present with another person. That is why, following the announcement, CEO Mark Zuckerberg wrote in his Founder’s Letter, “We are focused on building this.”

This concept can be expanded into a much wider and greater metaverse. It’s worth noting, though, that Zuckerberg estimates the metaverse will take roughly ten years to become ubiquitous. That’s a small period if you think about it.

Yes, Microsoft, being another major Big Tech player, is attempting to create a metaverse. Mesh is the name of the concept. “Holoportation,” as the business puts it, is one of its most intriguing aspects. Simply, users will be able to project holographic versions of themselves onto other users.

Its virtual and augmented realities are best experienced with HoloLens devices, a one-of-a-kind technology that can completely transform the ‘Holoportation’ experience. Mesh, on the other hand, can be accessed using VR headsets, mobile phones, tablets, or computers.

The projections will initially take the shape of animated avatars. It will eventually evolve into a photorealistic lifelike projection. Something along the lines of how Star Wars characters interact with each other using holographic projection.

In 2022, Teams will be able to use Mesh. Microsoft is clearly focused on how mundane tasks may be made more immersive in a metaverse.

Other platforms in the metaverse

Roblox, which debuted in 2006 and has since grown in popularity to the point where more than half of all American children under the age of 16 played it in 2020, is more than simply a game.

As an example, consider a fair where guests can play games at stalls. In the virtual world, Roblox is similar to a gigantic fair. Its users can create and monetize their own games on the site by exchanging the virtual currency known as Robux that they earn on the network for real money.

According to Venture Beat, the company’s chief of technology, Dan Sturman, recently stated at the GamesBeat Summit Next event that Roblox is constructing a metaverse around its gamers. Companies like Nike and the National Football League (NFL), for example, have entered the metaverse through NIKELAND – a virtual playspace — and the Roblox shop, respectively.

Fortnite, on the other hand, is one of the metaverse’s most powerful ‘competitors.’ Epic Games launched it in 2017 as an online multiplayer game, but it has since grown into a bigger social media environment, with well-known musicians such as Ariana Grande hosting concerts on the platform.

What sources of energy will fuel the Metaverse?

Cloud infrastructure, software tools, platforms, applications, user-generated content, and hardware will all be driving forces in the metaverse. The metaverse will contain a variety of user experiences, including but not limited to entertainment, gaming, commerce, social interactions, education, and research, in addition to the technical requirements.

When will the Metaverse become a reality?

What remains to be seen is how long it will take for humanity to progress from multiple protometaverses to the grand metaverse. Mark Zuckerberg expects it will be by the end of the decade, but essential parts are already in place, so it may be much sooner.

The infrastructure that underpins today’s internet allows large groups of people to congregate in virtual spaces, such as when more than 12.3 million Fortnite gamers tuned in to watch Travis Scott perform in a virtual concert. Although the current infrastructure is remarkable, experts predict that it will need to expand further to accommodate the metaverse.

Finally, the same cutting-edge technologies that have wreaked havoc on the financial services industry since the Bitcoin network launched in January 2009 can be utilized to ensure data continuity in the metaverse. Nonfungible tokens, or NFTs, are a great illustration of how blockchain technology can be used to authenticate the ownership of digital assets, and they’re already being employed in 3D virtual reality systems.

How to find my IP address?