If you’re a big gamer or just spend a lot of time on the internet, you’ve probably heard the term “pog.”

This phrase, according to some sources, is used to express excitement at epic (i.e. magnificent) events. But where did the term “pog” come from, and how exactly do you use it correctly? In this article, we will look into the origins of the term “pog” as a slang term, as well as its additional definitions and several examples of it in use.

What does Pog mean? 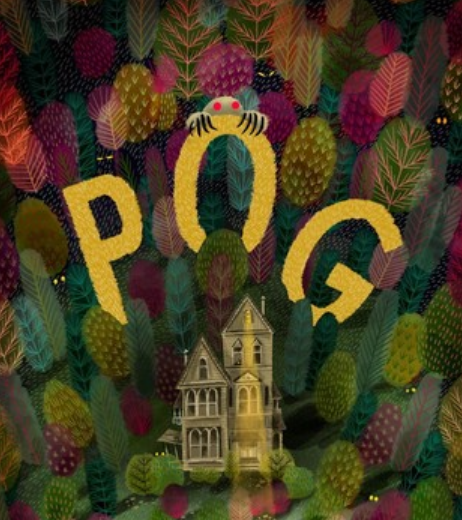 Since the release of the PogChamp emoticon in 2012, the word “pog” has become a slang term, an adjective that means “great,” “cool,” “amazing,” or “awesome.”

In this context, “Pog” can also be used as a stand-alone interjection, implying “Cool!” Finally, “pog” can be employed as a verb to convey an astonished expression on the face.

Before the internet and gaming culture, “pog” was a small, circular piece of cardboard that children and young adults used to play games in the 1990s. The term “pog” is now commonly used in gaming to refer to “game play.”

“POGChamp” can also be made by combining “pog” and “champ.” “Play of Game Champion” is an acronym for “play of game champion.” This indicates that the player performed exceptionally well in a match and will be named the game’s top player and receive the “play of the game” award.

It is widely utilised in online games such as Overwatch and League of Legends, as well as on streaming platforms such as Twitch and YouTube.

‘Pogger’ is used to convey delight or joy in the same way that ‘pog’ is.

For the same reason, there’s also ‘Pogchamp,’ which was originally used in a video uploaded around 2012.

‘Pogger’ is sometimes addressed at the individual in the video, but it just means “wonderful” in general.

It was sometimes linked to an emoticon – or emote – of Pepe the Frog appearing astonished on the streaming site Twitch.

It follows words like ‘bright’ and ‘fire,’ which have fallen out of favour on the internet.

The Origins of the “Pog”

In gamer circles, the term ‘pog’ has been around for years.

It’s an acronym for ‘play of the game.’

It originated in the Overwatch game, where the best play at the end of each match is highlighted.

Over time, the name spread to other games, became ‘pog,’ and eventually evolved into the term we see today on TikTok, Twitch and elsewhere.

READ THIS: What does pending mean on Snapchat?

Other Meaning of “Pog”

The word “Pog” stems from a passion fruit, orange, and guava juice beverage that first debuted in Hawaii in 1971. The beverage’s company coined the term “Pogs” to describe a game based on Pog bottlecaps as a promotional gimmick in the early 1990s.

The game (known as “Pogs”) and the flat, round, cardboard pieces used in the game (also known as “Pogs” and singularly as a “Pog”) became immensely popular among kids in the United States by the mid-1990s.

The craze passed, but the terms “Pog” (gaming piece) and “Pogs” (game/pieces) stuck around. The game is based on stacking milk bottle caps and comes from the 1920s (or 1930s) in Hawaii. It wasn’t until long later that it was dubbed “Pogs.”