Snapchat isn’t like the rest of the social media platforms. It takes some time to become acclimated to all of the features and functionalities, but once you do, it’s a fantastic way to stay in touch with friends, produce amusing content, and interact with others.

On Snapchat, users may occasionally receive a “pending” message that they are unsure about. It’s easy to get lost in Snapchat jargon, but this article will walk you through all you need to know about this notification and more.

What does pending mean on Snapchat? 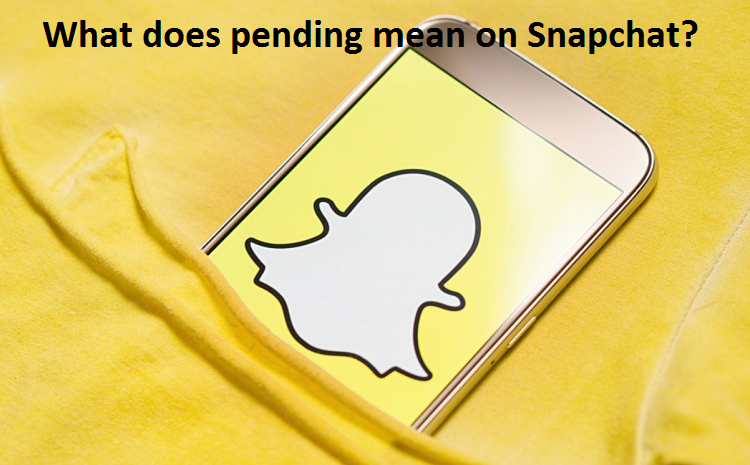 We’ve clarified what the infamous Snapchat pending error notification means in this article. We’ll also look at why the error message shows on iPhones and Android phones, as well as what you can do to remedy it.

A pending message on Snapchat is one that hasn’t been delivered to the intended recipient. In contrast to the customary blue/ purple/ pink icons on sent messages and Snaps, pending messages have a grey icon next to them.

For a variety of reasons, the app displays a message or Snap as “pending.” The following are some of the probable causes and solutions for pending messages in the app:

You are not friends on Snapchat

If you’ve given someone a Snapchat friend request and they haven’t accepted it yet, you’ll see Pending next to their name. You’ll have to wait for the person to accept your friend request before the snap or text is sent to them automatically.

Another possibility is that you’ve been deleted from an existing buddy’s friend list and are no longer in their Snapchat contact list. Unfortunately, the solution for this one may not be as simple as a few screen taps. As soon as they add you back, you’ll notice Delivered with a blue tick.

READ THIS: What is Metaverse?

You have been blocked on Snapchat

Let’s imagine you’ve added someone on Snapchat and you get a Snapchat Pending notification after a while. You’ve discovered that you can’t send snaps to that person or contact them using any other Snapchat function. It’s possible that the person you’re attempting to contact has blocked you.

Your friend may have just decided to cancel their Snapchat account, causing your snaps to be unnoticed. It’s also possible that the account was banned and is no longer active.

When your snaps go from Pending to Delivered, you’ll know they’re back, and restoring a Snapchat account is extremely simple. To reactivate it, all you have to do is log back in within 30 days.

Internet connection is slow or down

It’s possible that the Snapchat Pending warning is caused by a faulty Internet connection.

This problem occurs in both directions, thus “pending” will appear even if your friend’s phone is malfunctioning. You can either reset your router or turn your Wi-Fi on and off to fix this. You can also turn off wifi and use cellular data to get higher speeds.

Aside from that, you should relaunch your Snapchat app because it might be unstable at times.

If none of these works and you’re convinced there’s nothing wrong with your friend’s phone or Internet connection, the issue could be with your Internet service provider.

Snapchat server is down

This frequently results in a system-wide shutdown, and no one can use the software effectively. The app will either crash or display an error similar to this one.

Snapchat usually gets back up and running quickly, so your snaps and messages will be delivered as soon as the problem is rectified. In the interim, try restarting the app a few times to speed things up. You can also try uninstalling the app and reinstalling it.

READ THIS: Is TikTok Shutting Down?

It’s not unusual for an application to have strange bugs. It’s possible that the app isn’t working properly in this scenario. You should probably check for any known outages in addition to shutting and reopening it or checking for updates.

Check the Down Detector website if you have multiple pending snaps that aren’t going through despite following the procedures above. If the problem is caused by a system outage, you’ll see it on the website. Your only choice if there is a system outage is to wait it out.

How to know if a snap is delivered?

If your Snapchat acquaintance accepted your friend request, you aren’t blocked, and nothing is wrong with your Internet connection; but, Snapchat itself may be having issues.

In that scenario, the only thing you can do is wait for the notification to go away.

When you notice that the “pending” message has been replaced with a notification that says “delivered,” you know your snap has been successfully sent to the other Snapchat user.

However, just because a message has been delivered does not indicate it has been read. Snapchat delivers notifications when someone reads your messages, just like Facebook Messenger and Instagram.

Let’s pretend that your snap has arrived. When you get the “received” indication under the recipient’s name, you know they’ve seen the content of the snap.

There are a variety of causes behind Snapchat’s Pending status. Your request may not have been accepted, or you may have been blocked or unfriended.

In other cases, you may be experiencing an app bug or an issue with your internet connection. You can easily resolve these technological concerns.

But you must respect someone’s decision to block or unfriend you.