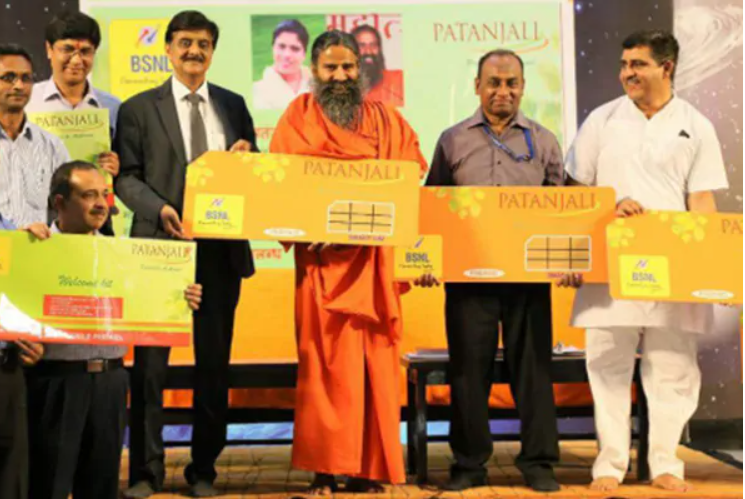 Baba Ramdev’s company, Patanjali has entered into an agreement with the BSNL to launch nationalised SIM exclusively for Patanjali officials and members of Patanjali family initially.

The launch date of Patanjali SIM Card is not been announced as of yet by the company, though Baba Ramdev’s company might announce the same in the near future.

Baba Ramdev told that Patanjali SIM Card is exclusively for an Indian network, and these SIM Cards will be available at a very nominal cost. Company will also launch 4G SIM Card as well for the customers.

How can I Buy Patanjali SIM?

As soon as the Patanjali SIM Card is available in the market, users can purchase the same by visiting the nearest CSC or nearby Patanjali Store with valid documents for activation.

However, BSNL says “Users who are not a member of Patanjali Family can also subscribe in order to buy Swadeshi Samriddhi SIM Card of Patanjali and produce the same to buy BSNL Patanjali 144 Plan”.

If you want to know more about Patanjali SIM Card, you may get in touch with the below details. The Patanjali Custom Care Office is situated in Haridwar, Uttrakhand. You can either email or dial toll free number as given here in under.

According to Patanjali, the SIM cards will come with 2GB data and unlimited calling plans.

Baba Ramdev’s Patanjali is also giving several benefits to their customers who will get Swadeshi Samriddhi SIM card.