Make Online Money if you are under 18

It can be fun being young, but ask most teenagers what the biggest drag is in their life and they’ll tell you it’s the fact they don’t have enough cash. But, you can make online money if you are under 18, and money doesn’t just buy you nice things, it also gives you some independence. You can travel, go to concerts, take people out on dates.

That’s the reason today we are going to tell you some ways you can earn some cash at a young age even if you’re still studying. We’ll start with the lower paying jobs and end with the jobs that pay the really big money. 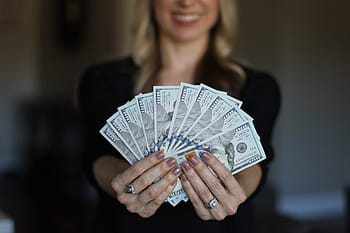 10. Online Stuff Okey, like Top two Google paying jobs, we mean doing things online that take no skill at all. You basically just answer questions, fill in surveys, or review stuff. We found a blog online written by a young guy that used something called the iPoll app. It seems he was British, but you can do similar stuff in other countries. Using this app he was asked to go shopping and buy a particular product, answer questions about a product, or sometimes just answer questions in a survey. If he bought stuff he would have to upload the receipt and sometimes he might write something about the product. We should say that the rewards weren’t massive and he had earned only about $130 in a few months, but hey, if you’re still in your early teens that’s not bad at all. You might need the consent of your parents,though, if you are very young. We found other apps where people could earn cash doing surveys and some websites that paid for very short reviews of products. One called “Slice the Pie” paid young folks to write reviews of just 30 to 60 words, which is easy. You might also get paid for referring other people to do the same as you. To see a long list of similar jobs just Google something like, “getting paid for online reviews and surveys” and you will find what you are looking for.

9. Fiverr: We are going to give Fiverr its own spot on the list because there are just so many ways to earn cash using this online marketplace. There are people earning good money here because some of the gigs are for skilled people, whether they are tech workers or musicians. But, there are also lots of gigs that only require a person to basically write or communicate well in English. If you get a gig, after you are paid you’ll have to give some money back to Fiverr, but it’s free to sign up.

8. Tutoring: You might not consider yourself good enough to be a teacher, but you might be pretty good at a subject and are just aged 16 or 17. There are plenty of online tutoring websites that we found and on many of them if you are over 15 you can start helping people out. Just go online and search for jobs which allow teenagers to tutor. They exist, because we’ve just been looking around the web and we’ve seen them. Job sites tell us that the average wage fora teenager doing online tutoring is anywhere from $10 to $15 an hour, which isn’t bad at all since you are doing something you enjoy and don’t have to leave the house.

7. Taking Care of Pets: We looked online for dog walker jobs and most paid somewhere from 15 to 20 bucks an hour. The problem with the hiring companies, though, was that some said you had to be at least 18 years of age. But you know what, you can walk a dog at 16. You just need to be trusted, and when you have reviews people will trust you. Instead of working for someone else you could start your own gig. Hand out flyers you made online in the neighborhood or just start your own Facebook page. A lot of people these days are so busy they’ll be glad to have someone walk their pet. We should mention that with all jobs there’s the issue of tax, but there is a threshold amount you must earn before any tax is paid. Bank rate tells us that is $12,000 a year in the USA. 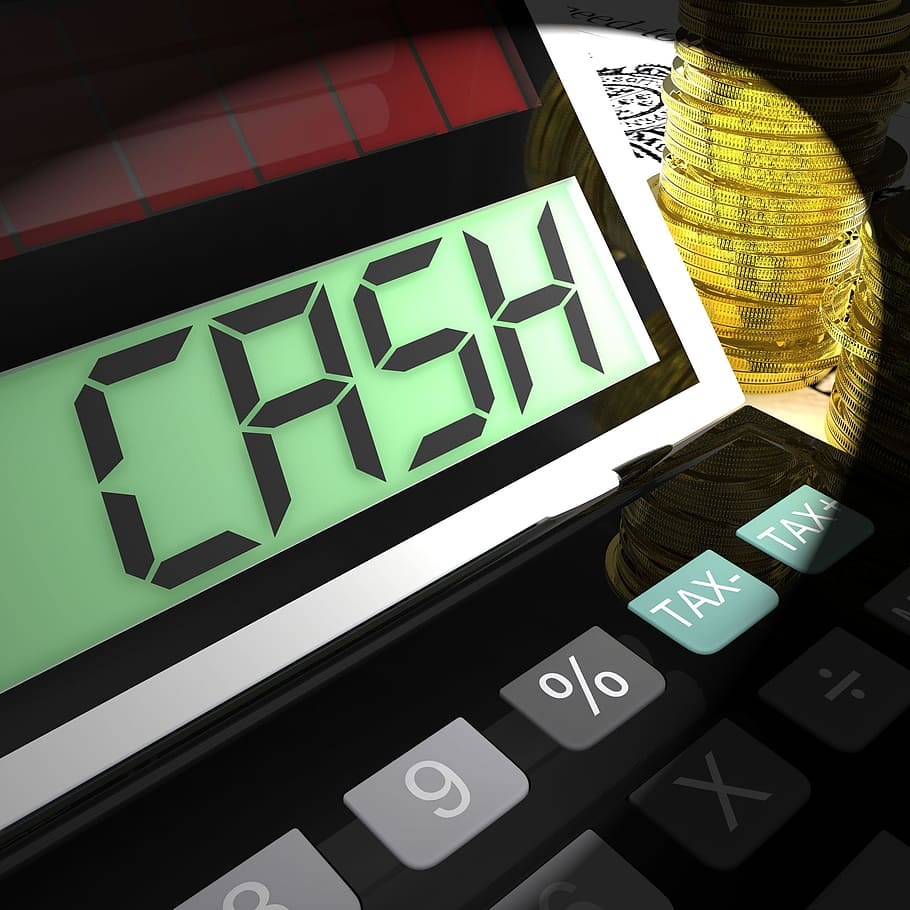 6. Chores: We found websites online telling youngsters how to start their own car washing business, and again, because teens are so tech savvy these days they can market their business easily online. It’s not like the old days when teens had to go house to house or rely on family friends. We found some kids earning a lot of cash washing cars, and we are talking hundreds of dollars a week. When you know those leaves are going to fall or that snow is going to dump down, your Facebook page is out there telling people you can help them out. You are young and don’t charge too much. There are also a lot of older people that cannot do this physically demanding work, so you are a service for the community. In the past they might have not been able to contact you, but with your Facebook page they can contact you and you can be around to their house in minutes. Just check out the local laws where you are working. We found one news article in the USA which told the story of cops stopping teens in one town from shoveling snow because such a job was described as being an “unlicensed solicitor and peddler.” It’s really up to the cops and the laws in the state, but we found at times youngsters have been stopped selling cookies or lemon adein the street. They won’t get charged with anything, though.

5. Rent Stuff: You might not know this, but there are websites out there where people just rent out stuff and they do well out of it. There’s one in the UK called www.rentnotbuy.co.uk and people rent out just about anything. Does your family have a leaf blower, a lawnmower, some power tools? Are your parents ok with you renting their stuff out, or do you own the things yourself? If so, start renting. We found just about everything you can imagine being rented out. One guy was renting out his BBQ grill for almost 40 bucks a day. Another person was renting out a cake tin for three dollars a day. When you are renting stuff to others you are also lowering consumption, so sharing is caring for the environment. Maybe you have sporting equipment, a bicycle, a trampoline that just sits in the yard doing nothing. Rent that stuff out. Just go online and find out where you can do this. Again, make sure your parents know about this.

4. Helping the Elderly Online: Some of you teenagers are way more computer literate than a lot of older folks. You’d be surprised how many people don’t know what an ISP is or don’t really understand how a modem works. Often when someone’s internet is not working for them, there is a really easy fix, or perhaps someone wants to export some data from one place to another but they don’t know how to do it. Maybe they have a load of old family photographs,but don’t know how to digitize them using a scanner, etc. That’s where you come in. You offer yourself as a kind of IT support worker, so you might visit the house of people you know or just tell them what to do online. We should say here that when we are talking about visiting people, make sure you have your parents’ consent or perhaps just work with people you know.

3. Podcasting: Okey, so you might not have as much as life experience as Joe Rogan or Sam Harris, but you know what, young folks sometimes just want to have a laugh and they want to know what their peers think. You can start young and it really doesn’t take much effort to record or video a conversation. You can look at tutorials online to see how you might get started. Maybe you could talk about events at your school, or do a podcast on local sports, fashion, whatever you think is interesting. You can be the voice of the youth in your area and many people might find this an education. You could talk about gaming, or even interview adults. Young people are already doing this and when enough people start watching your content you can make money from running ads on the platform. We found some people doing podcasts for teens made by teens and they were getting quite a lot of hits. This could turn into a career for you. There’s no immediate pay-off, but you could get big in time.

2. Online Sales: You can just start selling stuff on Facebook or on websites such as Etsy or eBay and it’s as simple as that. We found a recent headline in The Guardian newspaper that went, “Meet the teens making thousands from selling online.” They were using lots of platforms to sell their stuff, but sometimes Facebook was the way to find customers. Sometimes they just found clothing and sold it on for more than they paid for it. One teen was even selling Rubik’s cubes,while another guy was selling Dungeons and Dragons dice. Another girl was making big money from buying second-hand women’s luxury bags and then re-selling them on Facebook. Over the years she became the go-to person to sell a bag to and the go-to person to buy one if you couldn’t afford a brand new one. If you have a good eye for products and can generate a big enough following, you can make a lot of money doing this in your teens. The proof is numerous newspaper articles that feature these teens. We are talking about making thousands of dollars a month.

1. Gaming: The holy grail of making tons of money online from doing something you love is gaming. You might have seen how an American teen just won $3 million from winning a Fortnite competition. Three others also became millionaires. Not everyone can be the best or even be a pro-gamer who streams their game play, but you can make a steady income playing games. You could become a game tester and make some money, or even become a gaming coach by joining up to a site such as www.gamersensei.com. For that site you have to be 13 or over. If you know you are very good at a certain game you can try being a coach.

Look online for the games which can earn you real money. We found some young Roblox developers making tons of cash, and with enough practice you could do this, too. Some creators and sellers in that game were puling in $250 a month, but others were getting rich. Dedicate yourself to gaming and this could become a job. You might even help your parents retire early. Making money is serious business, so now we’d like you to watch some of our most exciting shows we’ve ever made. Try this one, “Surprisingly High Paying Jobs” or this one, “What A Day In The Life of A Neanderthal Was Like”. Go ahead, pick one! You won’t regret it!