Short video creation website TikTok was initially launched in 2016 as Douyin in China, and for the rest of the world in 2017 on iOS and Android. Soon, it has become an internet sensation and gained over 1 billion active users in 2021. Today, the app which has such a huge market globally isn’t obviously getting banned or shutting down permanently worldwide.

Though there are countries like India, Bangladesh, Egypt and Indonesia that have banned the app. Pakistan also banned the app for a while but lifted it later on. In this post, we are trying to explain whether TikTok will shut down globally in the coming days or not.

Is TikTok Shutting Down? 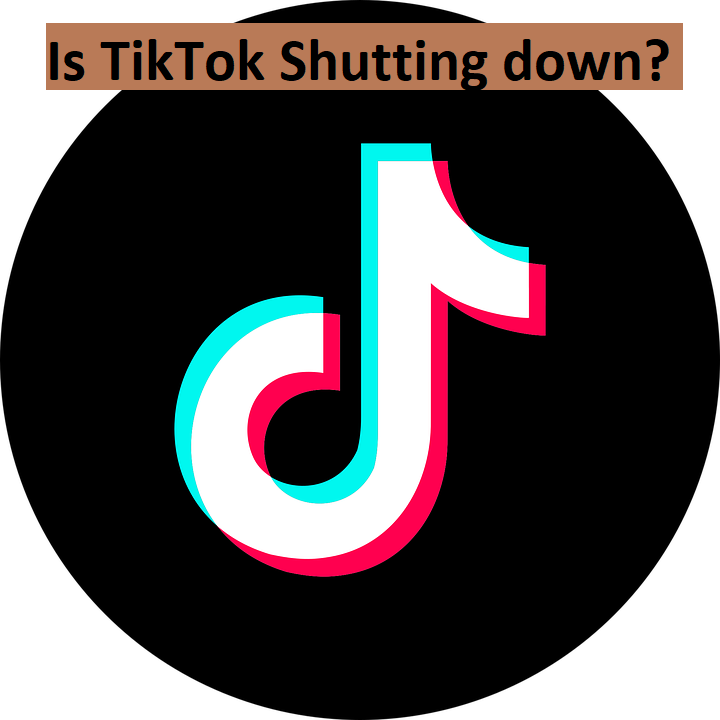 There is no doubt that TikTok is often in trouble with many countries due to its censorship.

In the recent past, many countries already shut down TikTok including India, Bangladesh, Egypt and Indonesia.

Also, countries like Pakistan banned the app for a while and lifted it up later. In 2020, US President Donald Trump also signed an order to ban TikTok in America, but it had been challenged in the Hon’ble Court straight away, and TikTok still exists in America, as we are in August 2021.

In 2021, the answer to the question “Whether TikTok shut down permanently in 2021?” may majorly depend upon the region where you belong and to use the app.

Ever since its release in 2016, TikTok is gaining active users every single day. Some of the videos on the platform are quite informative, Tips & Tricks, taught specific tasks to the people, while some videos uploaded by the creators are funny which helps to entertain the users and refresh their minds.

The other side of the coin is that the app has had a fair share of backlash due to its explicit content and the rise in cases of cyberbullying.

READ THIS: What is Google Play Protect?

Over the past years, India and China have been in conflict due to security issues as well as Indo-China border disturbances. Due to this, the Indian government banned TikTok in 2020, when around 700 million active users there. Not only TikTok but more than 100 (approximately) other Chinese apps were banned by India in the year 2020.

Suddenly, many content creators and fans were shocked and saddened due to the unexpected ban. Though many Indians support the ban due to the growth of alternate Indian apps, including “Mitron” and “Chingari.”

The ban of TikTok in India is a massive massive blow for them since it lost 40% of its market in a single day.

The future of TikTok in India is doubtful now, and as of today no hope at all to resume services in the country.

Is TikTok banned in the USA?

As per Joe Biden, the President of the United States, TikTok isn’t being shut down in 2021.

Though the previous government of Donald Trump wants to ban TikTok in the US, Joe Biden’s administration initially hadn’t addressed the TikTok issue. There was a point in time when Trump was virtually threatening to shut down the app, but the current President Joe Biden has officially cancelled executive orders against the popular social media sharing app, along with WeChat (Popular Chinese messaging service.)

The US government will continue to “evaluate these threats through rigorous, evidence-based analysis and address every unacceptable content with overall national security, including the preservation and demonstration of America’s core values and fundamental freedoms.”

READ THIS: What does pending mean on Snapshot?

So far, there has not been any information made for the TikTok banned. So, TikTok is not going to shut down in 2021. In fact, there were a few rumours around that brought forth about the closing down of TikTok in 2021. But, no authentic information so far for TikTok banned, and we are in September now.

TikTok has become a giant in the business and banning the platform will be challenged in the Honorable Court by many influencers, so far TikTok is not going to ban in the US at least in 2021.

Is the UK shutting down TikTok?

The previous President of the US Donald Trump had announced that TikTok will be banned in the US, it is not sold to an American Company. But, several months before this announcement, TikTok’s parent company ByteDance shut down the app in the UK, US, Canada, Australia and New Zealand.

Though, the app is still operating in several European countries.

Why are they banning TikTok?

In the US, previous President Donald Trump tried to force the sale of TikTok, which is owned by Beijing-based ByteDance, to an American company. Since no deal was finalized, Trump wants to ban TikTok and effectively blacklisted it in the US.

If you are a regular TikTok user, you might have come across an online rumour that the app is being removed in 2022. But, the fact of the matter is that there is no authentic news of banning the app in the year 2022, it is just a rumour that spreads all around.

Is TikTok banned in China?

TikTok is a Chinese app, and therefore China is not going to ban TikTok.

Is TikTok safe for kids?

Excess usage of any social media platform can be risky for Kids. Though, being parents and guardians, it is your duty to keep a track of your kid and ensure to safely uses the app with adult supervision.

TikTok has had different terms and conditions for different age groups. Users under 13 can’t post videos or comments, and content is curated for a younger audience.

Will TikTok ever be deleted?

No, TikTok will not be shut down on July 6th — a social media fake has been debunked! If you’re a die-hard TikTok user, you may have heard online rumours claiming the app is being phased out – here’s how to refute the social media fake.

Is TikTok still banned in India in 2022?

TikTok is still blocked in India after the Indian government got concerned about security and imposed a ban on the site, as well as 59 other Chinese apps. TikTok has over 610 million users in India prior to this. It’s good news if you’re a fan of the app.

ByteDance, a Beijing-based technology business founded by Chinese billionaire entrepreneur Zhang Yiming, owns TikTok. In 2019, the 37-year-old was named one of Time Magazine’s 100 most influential people, with the publication describing him as “the world’s top entrepreneur.”

Because TikTok lacks end-to-end encryption like some other applications, sending private or personal direct messages is risky. “Avoid clicking links from unknown persons,” Gaffney advises, “and ban postings from accounts you don’t recognise.”

What does TikTok stand for?

TikTok, a play on tick-tock, an onomatopoeia for clocks and a term for countdowns and minute-by-minute action, launched internationally in 2017. TikTok purchased and merged with competitor musical.ly in 2017-18.