The country with the most active YouTube users is India. In India, at least 467 million individuals use YouTube regularly, accounting for almost 16% of the population.

With around 240 million active YouTube users, the United States ranks second among countries with the most YouTube users.

In 2005, on Valentine’s Day, YouTube was launched. Chad Hurley, Steve Chen, and Jawed Karim, all former Paypal workers, came up with the idea. Like many others in Silicon Valley, the platform began as an angel-funded startup with improvised offices in a garage.

Since then, YouTube has entertained us with videos ranging from web series to news, product reviews, music, movies, how-to videos, unboxing, and vlogs, which have been uploaded by individuals and organizations from all over the world.

Jawed Karim, Steve Chen, and Chad Hurley, the company’s original fathers, sold it to Google for $1.65 billion in 2006.

Monthly active viewers on YouTube total 2.6 billion. YouTube is the most popular video-sharing site and streaming video platform on the planet, with about one-third of the world’s population using it.

As of March 26, 2022, there are 113.9 million YouTube channels. Only 4.4 percent of YouTube’s 2.6 billion active subscribers started their own channel.

We believe YouTube is only getting started, and that the year 2022 will be a watershed moment for the site.

What is the total number of YouTube channels? Let’s have a look.

According to the most recent data, YouTube has 38 million active channels.

It’s vital to note that some YouTube channels are run by a single person.

On this site, there are channels with over one million subscribers. Those results, however, are not representative of all YouTube channels.

Let’s look at some stats and information regarding YouTube channels now that you know how many there are.

This table displays the number of YouTube channels with a certain minimum number of subscribers.

READ THIS: How to promote Music videos on YouTube?

YouTube is the most popular video-sharing site in the world, with local versions available in over 91 countries and 80 distinct language options. It is used by more than 95 percent of the internet population.

When examining the amount of YouTube users by country, it is clear that India is at the top. According to statistics from 2022, about 467 million Indians use YouTube.

The United States has the second-largest user base for the platform, with 240 million users. Indonesia (third), Brazil (fourth), and Russia (fifth) are the other three countries that made the top ten list for 2022.

With almost 93 million users, Japan is in sixth place.

With 74.1 million users, Mexico is in seventh place, followed by Germany in eighth place with 66 million users.

With 55.7 million and 54.2 million subscribers, Pakistan is ranked ninth and Vietnam tenth. 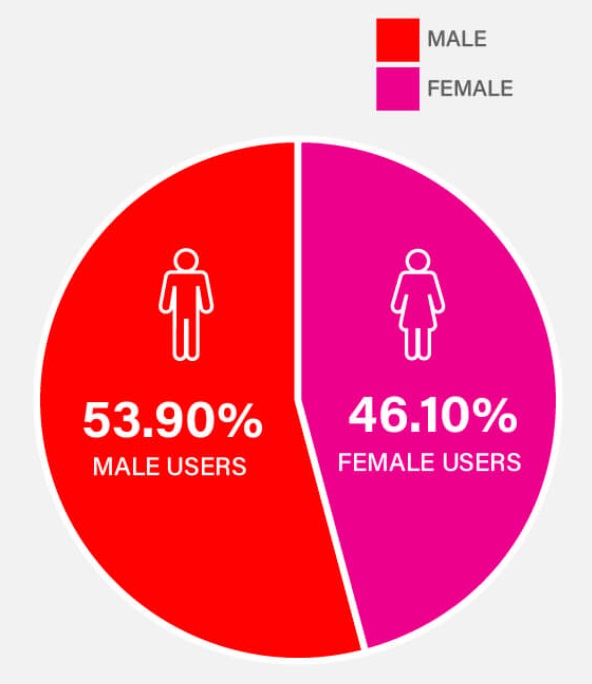 Individuals and brands have launched hundreds of thousands of YouTube channels. T-Series is the channel that comes first in terms of subscriber numbers (213 Million). With 150 million members, YouTube Movies comes in second, followed by Cocomelon with 133 million users. Set India is in fourth place with 131 million subscribers, while Music Channel is in fifth place with 116 million.

YouTube isn’t just for the regular person; it’s also used by certain well-known superstars who receive a lot of attention.

Let’s take a look at the top 5 celebs by several views.

Justin Bieber is a well-known American singer who has 67.9 million YouTube subscribers. Since joining the platform in January 2007, his channel has received 27,406,675,497 video views.

YouTube has supplanted television as the primary source of personal entertainment nowadays. Since its introduction, YouTube’s user base has grown by leaps and bounds, for causes both known and unknown. Simply put, variety is the spice of life for customers, and YouTube delivers on that promise. Take a look at the year-over-year increase in YouTube users.

READ THIS: How many types of YouTube Play Button Awards?

Many modest YouTube creators are embarrassed by the fact that they “only” have 100 subscribers.

They shouldn’t have to, though! Let me help you redefine your subscription count.

YouTube allows the unique channel URL feature after achieving 100 subscribers and passing channel verification. The below video will help you out, on how to do that!

That may not seem like a lot, but it means you have more subscribers than the 103.8 million YouTube channels combined. That’s more than a third of the population of the United States! Isn’t that incredible?!

In 2020, the number of new YouTube Partner Program channels doubled from the previous year!

You have access to YouTube Creator Support after your channel is monetized, which means you can chat with a YouTube employee if you have any concerns with your channel.

To make extra money with your YouTube channel, you also receive access to premium Channel Memberships, Super Thanks, Super Chats, and Super Stickers.

YouTube Spaces is also available to you, albeit YouTube has stated that it will be phased down. 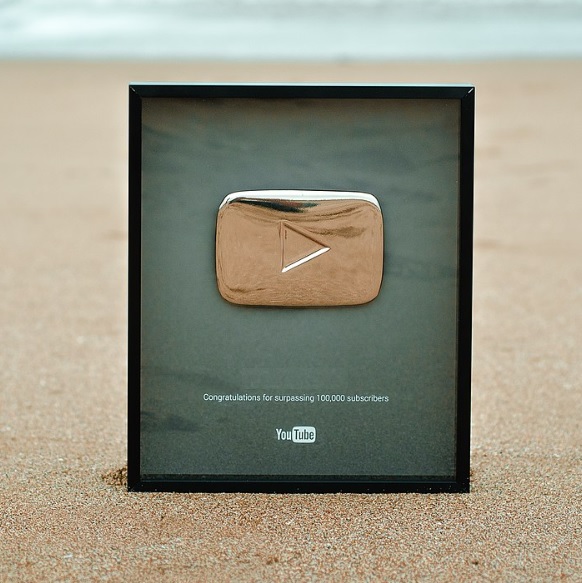 YouTube now has 65,000 channels with 250,000 subscribers, according to current data. You should be aware that you are not compensated for the number of subscribers you have.

The potential earnings for a channel with 250,000 members might range from $40 to over $2,000 per month, depending on what advertisers pay, your niche, and your view count.

Keep in mind that to achieve and maintain these statistics, you must put in the effort and publish at least two movies per week.

Only a small percentage of YouTube channels ever achieve one million subscribers.

YouTube will send you a Gold Creator Award, often known as the Gold Play Button, whenever you hit this milestone. 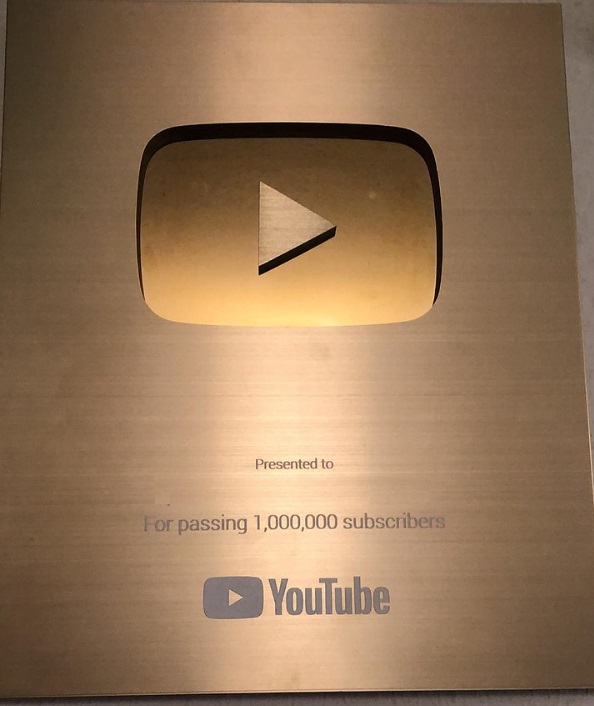 When you attain 10 million YouTube followers, you will be awarded the Diamond Creator Award, also known as Diamond Play Button. 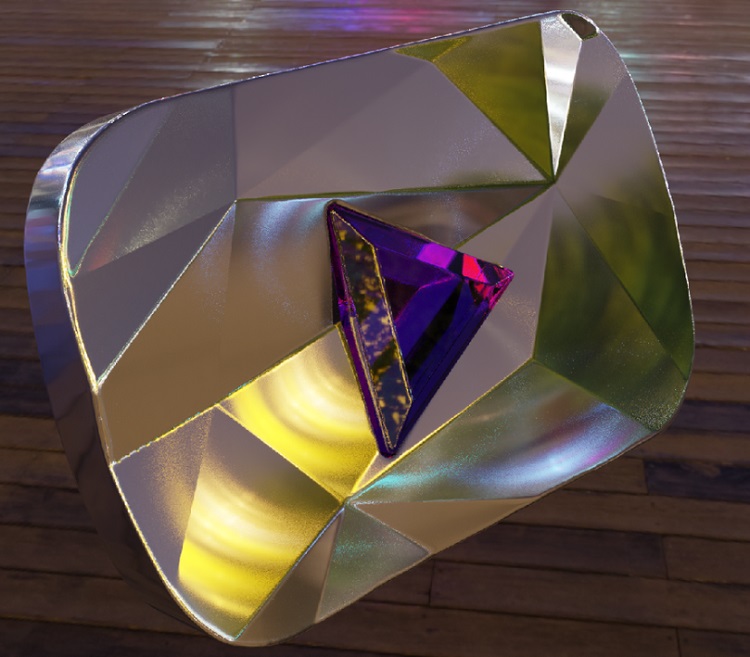 You get a Custom Creator Award when you reach 50 million YouTube subscribers. PewDiePie was honored with a Ruby Creator Award for his YouTube channel. 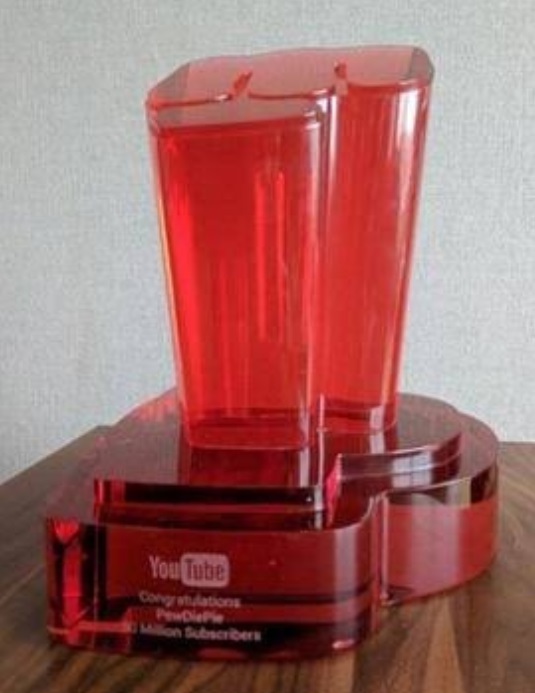 YouTube will award you a Red Diamond Creator Award if you attain this number of subscribers.

Here is the list of all channels with more than 100 million subscribers: 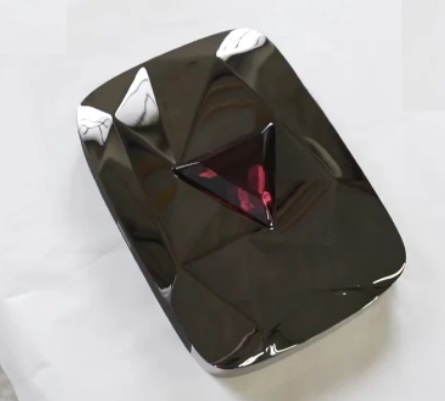 T-Series is the most subscribed YouTube channel in 2022, with 213 million subscribers.