The word “meta” comes from the Greek word meaning “beyond”. 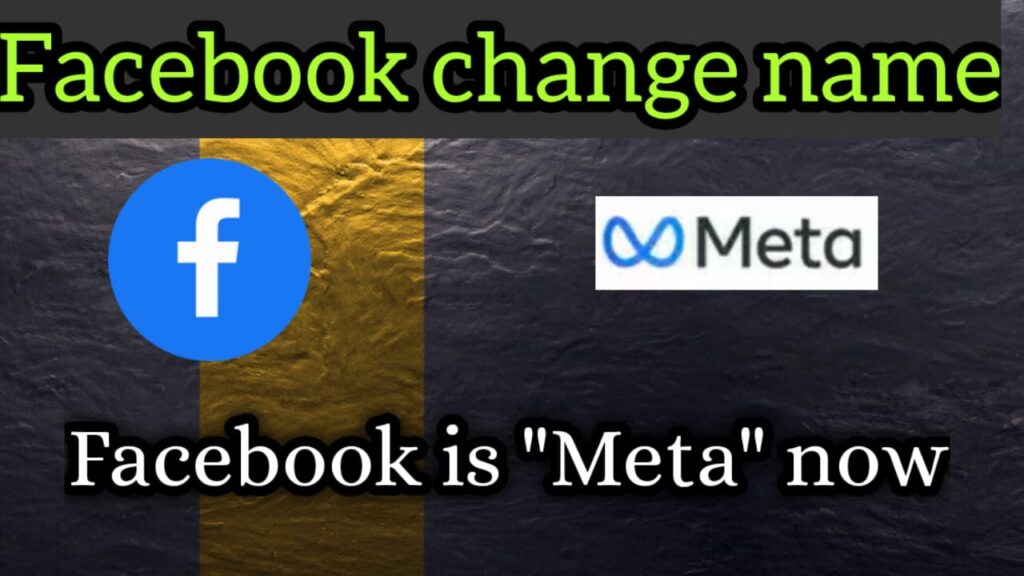 Facebook change its name to “Meta,” the company CEO Mr. Mark Zuckerberg announced this on Thursday during an annual developers’ conference, he said that company has changed its name to practice rebranding exercise.

“I am proud to announce that starting today, our company is now Meta. Our mission remains the same, still about bringing people together, our apps and their brands, they’re not changing,” he added.

The name change comes as the world’s largest social media company battles criticisms from lawmakers and regulators over its market power, algorithmic decisions, and the policing of abuses on its services.

The new handle comes as the company battles to fend off one of its worst crises yet and pivot to its ambitions for the “metaverse,” which would blur the lines between the physical world and the digital one.

Though on the other hand, Facebook’s critics attacked the rebranding, with an activist group calling itself. The Real Facebook Oversight Board says that the platform is harming democracy while spreading disinformation and hate.

“Their meaningless name change should not distract us from the investigation, regulation, and real, independent oversight needed to hold Facebook accountable,” the group said in a statement.

The social media giant has been encountered one of its most serious crises ever since former employee Frances Haugen revealed reams of internal studies showing executives knew of their sites’ potential for harm, prompting a renewed US push for regulation.

Being a newbie, it may look like a souped-up version of Virtual Reality, but experts believe that the metaverse could be the future of the internet.

In fact, most of them believe that it could be Virtual Reality what the modern smartphone is to the first solid mobile phones of the 1980s.

In the metaverse, you might use a headset to enter into the virtual biosphere connecting all sorts of digital environments, instead of being on a computer.

Unlike current Virtual Reality, which is majorly used for gaming, this virtual world could be used practically, regardless you are on work, play, concerts, cinema trips or just hanging around with your loved one.

Most people predict that you would have a 3D avatar, representation for yourself – as you use it. Since it’s still just an idea as of yet, there’s no single agreed definition of the metaverse to date.

To build with the metaverse is one of the biggest priorities for Facebook, and they have invested heavily in the virtual reality world through its Oculus headsets. It makes them cheaper than their competitors, perhaps even at a loss, according to some predictors.

This will also be building Virtual Reality apps for social hangouts as well as for the workplace, including ones that interact with the real world.

Facebook believes that the metaverse “won’t be built overnight by a single organization” and has promised to collaborate with others in the future. Recently it has invested $50m in funding non-profit groups to help “build the metaverse responsibly”.

Though, it will take another decade or even more take the true idea of the metaverse.

Running Facebook is no longer Mark Zuckerberg’s passion. He is more interested in creating virtual worlds, thinking that it will transform the human experience.

The continuous criticism of how he runs his social media companies must be challenging with each passing day. This reorganizes may give him the ability to focus much more on the segments of the company that excite him as well as the users.

It makes sense in that respect though. However, we will have to wait and see whether people will go along with it, and how users respond to this.

Share us with your valued feedback in the comments section below.