Have you ever wondered how much does a person working in India earns? And do you have any idea about the average salary in India?

In India, the average monthly salary is around 16,000 INR. Though, the average salary in India has been rising every year, which is always good news. The minimum wage ranges from 2,250 INR (minimum salary) to 70,000 INR (maximum salary) a month for unskilled workers in various states and sectors.

If we convert it into US Dollars, it would be around 300$.

If you are surprised to notice this, then read this article to find out more about where India stands when compared to other developed and developing nations in average salaries?

What is the hourly wage in India?

What is the earning percentage, and cities wise salary comparison?

Though at the moment the Indian Economy has been showing signs of decline, still India is one of the leading countries in Asia continent for an average salary increase. Also, you need to know about the average salary for a specific job, for the country that you reside in. Being said that, one must understand that salaries may vary hugely between different job profiles.

Normally, when we talk about salary, it hugely depends upon education, city, gender, age, experience, and obviously, the country in which we are residing. According to the research done by the experts, it was reported that 57% of regular Indian employees earn less than 10,000 INR. 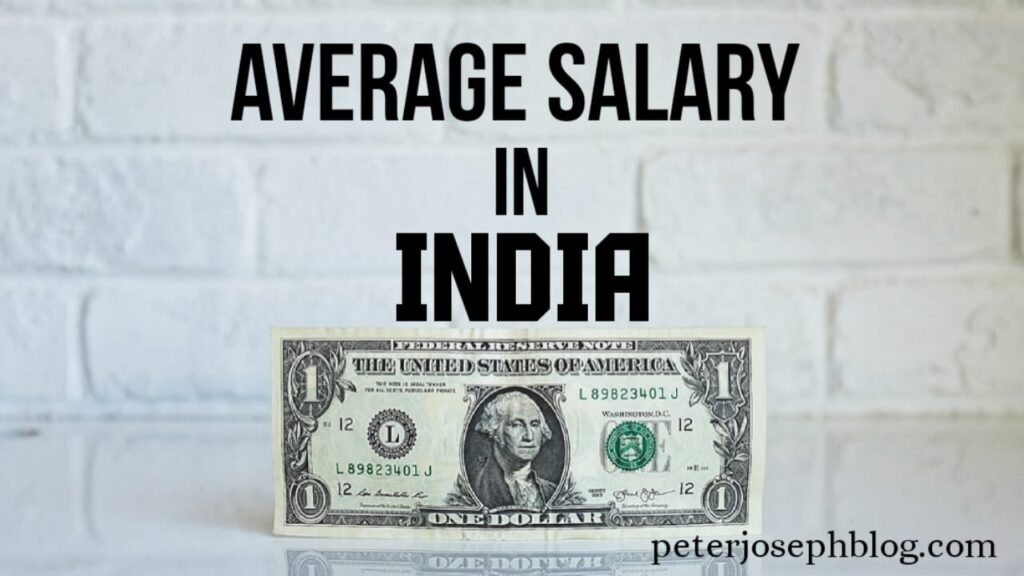 The median salary in India is around 16,000 INR which means that half of the population is earning less than this amount and half of them are earning more than 16,000 INR.

Not to mention that everyone wants to be on the second side of the graph, earning more than 16,000 INR of the median salary. There is a continuous increment but slow since for the last couple of years.

What is the Median Salary?

The term “median” means the middle and, as it relates to salaries, it is the one that, if you list in numerical order all the salaries for every individual working in an organization, falls in the middle of the list.

Half of the individuals on that list earn less than the median salary and half earns more than that.

Calculating the median when there is an odd number of figures requires an extra step. Since there isn’t a figure that is dead center on the list, the median is the average of the two salaries that fall in the middle.

To make you understand more clearly, let’s look at a couple of examples.

But, what if there is a fourth Engineer salary maker who earns $32,000.

The report says that an average hourly wage for all jobs is around 96 INR, which means that in India a worker on average earns 96 INR approximately against every hour he worked.

Normally, jobs in India are categorized into two main sections, one on is salary basis and the second on an hourly basis.

You can calculate hourly wage by using the below formula:

Suppose you work for 5 days a week, and every day you work for 8 hours. The average hourly wage should be calculated for 40 hours (i.e. 5*8)

Salary comparison between States and Union Territory in India

We do hope that you are quite aware of where we stand being an Indian and what profession will provide you with better opportunities when it comes to earning more money.

The average salary in India is increasing every year, as stated at the beginning of this article.

Though there are some exceptions as well, where salaries remain the same and unchanged in some sectors; government needs to be taken some effective steps and have to implement good government policies for them.

Thus, one should be attentive and wise while selecting any specific career options because it depends a lot on what career option you choose and how much you will be getting paid.